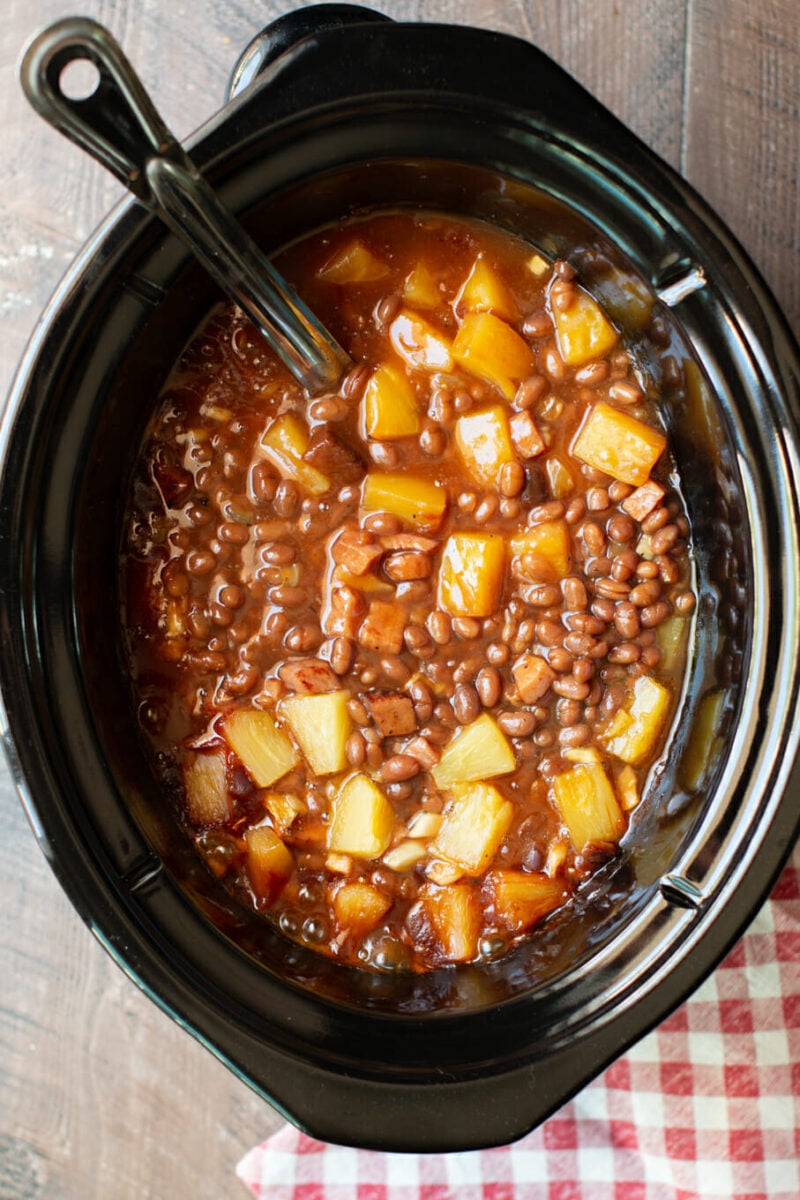 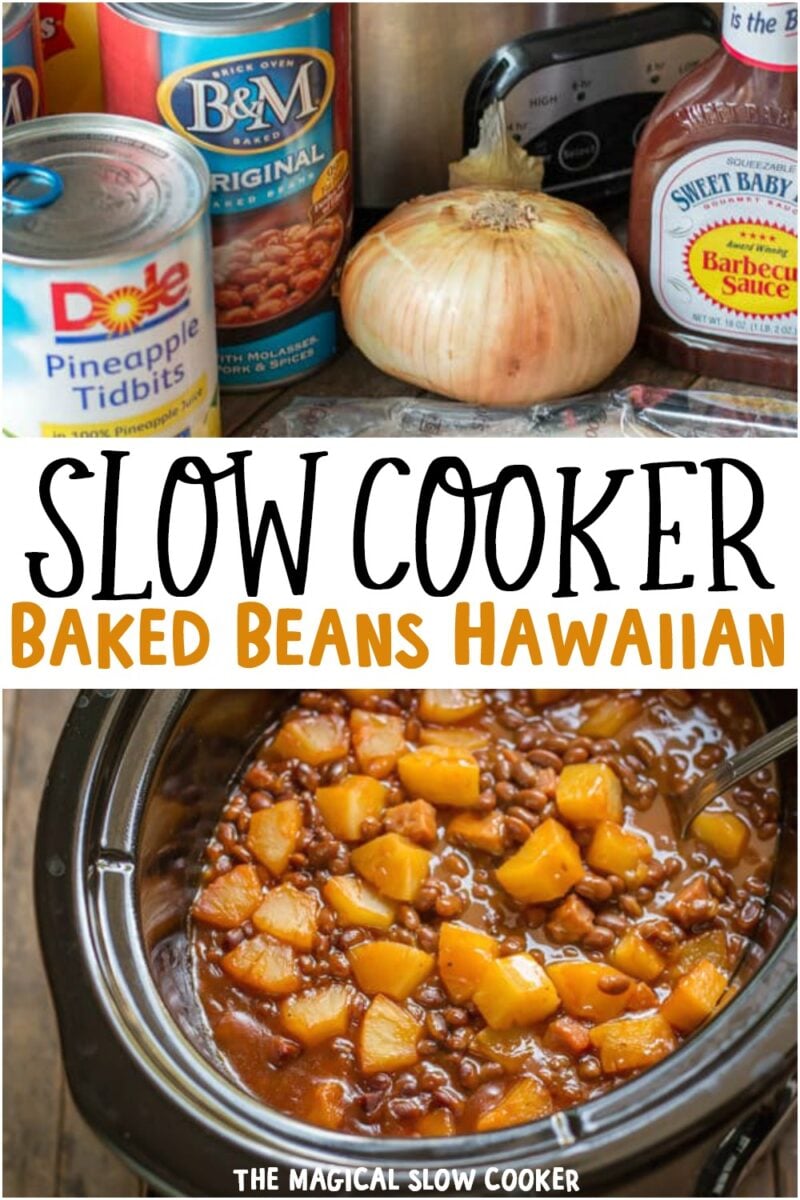 Baked beans with smoky ham and sweet pineapple chunks in the slow cooker are a wonderful side dish!

Pineapple and barbecue sauce go hand in hand in the slow cooker, also try my Pineapple Barbecue Drumsticks or my Hawaiian Chicken.

I found this old ad for “Baked Beans Hawaiian” and knew it would be a perfect recipe to try in the slow cooker. Before making this recipe I hadn’t bought B&M baked beans before. I was pleasantly surprised what great quality they were, they are flavored great and the beans were very glossy and not smashed up.

I chose to brown the ham in a skillet in butter before adding to the slow cooker. It gives it a touch more flavor. If I was in a hurry or camping and didn’t want to dirty an extra dish I would throw the ham in without browning, and it would do fine.

These beans turned out great. I did not add brown sugar like I usually do to baked beans. The pineapple cooks out some juices and sweetens the pot.

Can I use bacon instead of ham?

Yes! If you choose to use bacon be sure to cook and crumble before adding to the slow cooker. Uncooked bacon in the slow cooker is tasteless and greasy.

Love this recipe? Try another one of my baked bean recipes: