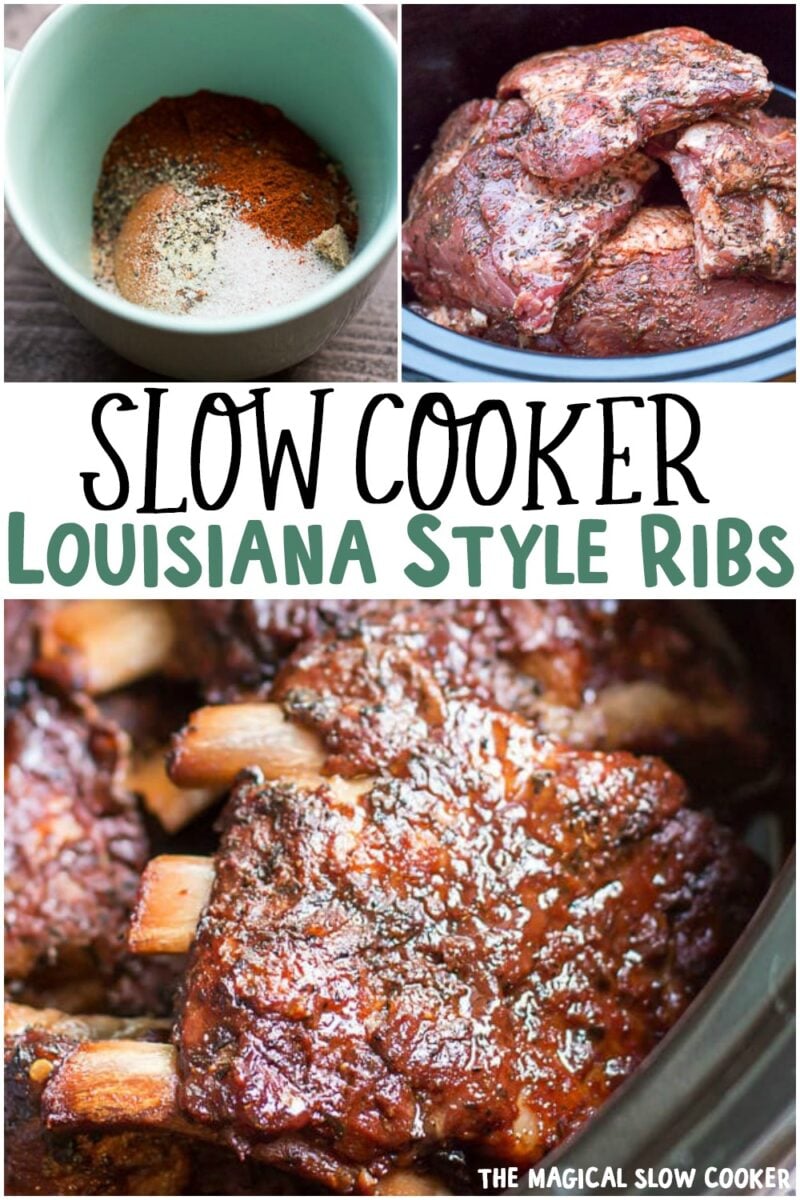 Slow Cooker Louisiana Ribs are spicy and sweet and so easy to make in the slow cooker.

Ribs are one of the best things to make in the slow cooker if you are new to using your slow cooker! Much easier than any other method. We also make Dr. Pepper ribs and Sweet and sour ribs!

Hello! These Slow Cooker Louisiana Ribs were so good! The recipe is adapted from Kelly at Wildflour’s Cottage Kitchen. Her rib recipe is made in the oven, I converted it to a slow cooker recipe because I know that ribs do well in the slow cooker.

How to make Cajun Style Ribs:

The ribs start with a homemade Cajun dry rub. It may seem like a lot of ingredients, but if you cook a lot you will probably have most of the seasonings in your pantry.

I marinated my ribs overnight in a ziplock bag. It is not mandatory, but I love doing this because if I prep the ribs the night before I won’t have rib mess first thing in the morning as I am trying to fix breakfast.

I cooked the ribs in my 6-quart slow cooker. I spray the crockpot with non-stick spray so clean up will be easier.

Below is what the ribs look like after 8 hours of cooking with a little more barbecue sauce brushed on. DELISH!

I served these beauties with slow cooker baked potatoes and homemade slaw. A perfect Sunday dinner.

Need more rib recipes? Try one of my other Slow Cooker Rib Recipes: 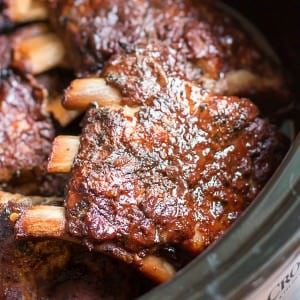 4.91 from 10 votes
Make this slow cooker ribs that have a touch of heat! No need for take out when you have a recipe like this up your sleeve.
Print Pin Rate Share by Text
Course: Main Course
Cuisine: American
Prep Time: 20 minutes
Cook Time: 8 hours
Total Time: 8 hours 20 minutes
Servings: 4
Calories: 354kcal
Author: Sarah Olson

For the dry rub

For the barbecue sauce

I don’t want to make a homemade rub, what can I use? Try a pulled pork seasoning packet, works great in the slow cooker on ribs (and pulled pork too!).