Crockpot Ham is the best way to prepare your ham. I add brown sugar, pineapple, brown sugar and mustard to this holiday ham.

Does your family cook turkey or ham for the holiday dinner? My family does both. Cooking both in a small oven can be tricky. Not only is this crocpot ham easy, but it also turns out moist, sweet and tender. Other great ham recipes I use are Apple and Clove Ham, Ham Steaks and Pineapple Rings or Jalapeno Ham.

Need an easy crockpot ham recipe? Look no further! Only a few ingredients to the best holiday ham!

How to make crockpot ham:

How long do I cook a ham in the crockpot?

Can I use honey instead of brown sugar? 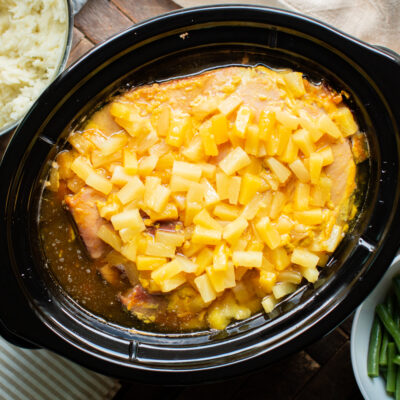 Can I freeze the leftover ham? Yes, place the ham in ziplock bags, squeeze out the air. Freezer for up to three months. Thaw in fridge. Use in your favorite recipes. Can I use honey instead of brown sugar? Use 1/4 cup honey in place of the brown sugar for a different flavoring. My ham will not fit in my slow cooker! If your ham is too large, cut off the smaller end portion. Use that extra ham in a another recipe. 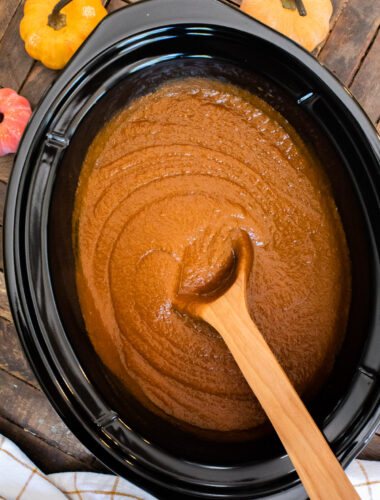 How to Cook Pumpkin in the Slow Cooker