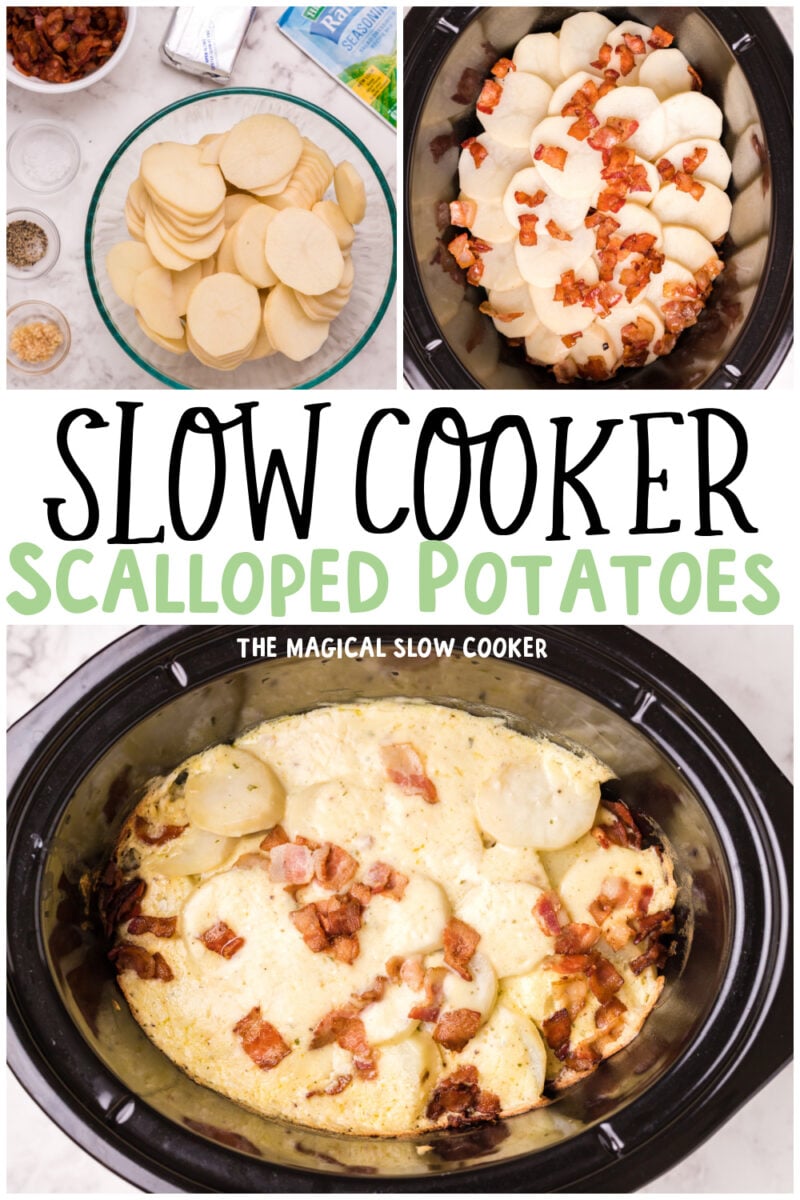 Make the perfect scalloped potatoes for your next family dinner with this easy Slow Cooker Scalloped Potatoes recipe! This savory recipe is a great side dish for any potluck or holiday and pairs well with chicken or pork main dishes.

You may also like Lipton Onion Potatoes or my Cajun Parmesan Potatoes if you are a potato lover.

If you’re craving comfort food tonight, this easy slow cooker scalloped potatoes recipe is the perfect dish for you. The comforting and savory side dish features layers of thinly sliced potatoes smothered with a creamy sauce usually made from cream cheese, butter, garlic powder, salt and pepper.

The best part about it is that there are only a few ingredients, so anyone can make them – even if they’re not an expert chef.

What is the difference between scalloped potatoes and au gratin potatoes?

If you want to make rich, scalloped potatoes but don’t want to go through all of the work involved, this homemade slow cooker scalloped potato recipe is easy to make and will be a big hit with the whole family! My recipe doesn’t have a complicated stove-top sauce to make, it’s all made in a mixing bowl.

Can I put raw potatoes in the slow cooker?

Can I use ham instead of bacon?

Can you leave the skin on scalloped potatoes?

How long do potatoes take to soften in the slow cooker?

Your potatoes will need to cook in the slow cooker for about 3.5 – 4 hours.

Other potato dishes for your slow cooker: 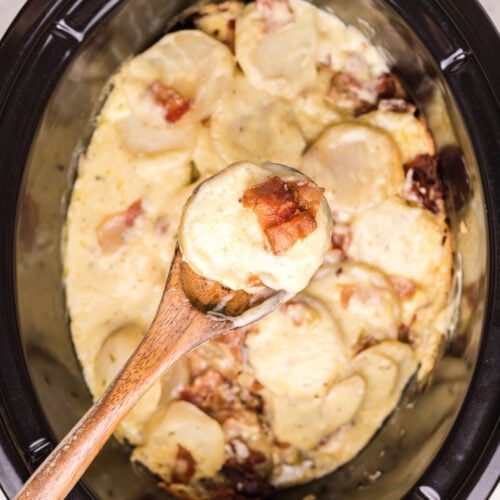 Can I use ham instead of bacon?   Can I leave the skin on the potatoes?