This Slow Cooker Engagement Chicken is a whole chicken kicked up a notch, it also makes enough broth to prepare a decadent gravy.

I found this recipe for engagement chicken about the same time I found the recipe for Land your Man Baked Beans. I’m a very curious person and had to know how good these recipes were since they have such confident names.  This is a vintage recipe that supposedly if you make this for your boyfriend, you will get a proposal. As you know I have no interest in getting married again, one time is enough for me, LOL. My poor husband, I made this elaborate meal (you must see the video at the bottom) and what he got was his plate heated in the microwave when he arrived home from work since I do all my filming at 3 pm most days. He said the honeymoon is over. We had a good laugh about it, we have a great time joking about our relationship since we’ve been married for 15 years this next month.

I’ve made many whole chicken recipes in the crock pot, but seriously nothing this tasty. I don’t know if it was the garlic, wine or butter, or possibly a combination of the 3 things being cooked with the chicken that made this recipe stand out from others that I have tried.

The best part of this recipe is the gravy, it is made from the drippings and broth that is created while cooking the chicken. I researched the best way to make gravy from hot broth and I found this method. What I did was, I ladled the grease off the top of the broth, used that to make a roux with flour in a skillet, then whisked in the broth. Easy peasy and there are measurements below in the recipe box to get the same results I did. I am going to use this gravy method next thanksgiving, we usually use cornstarch in cold water, this method with the drippings and flour makes the best gravy ever. The gravy made from this chicken broth has lots of great garlic, butter and wine flavor.

What do you think of this recipe? I’ll make it again just for that gravy! I hope you try it. 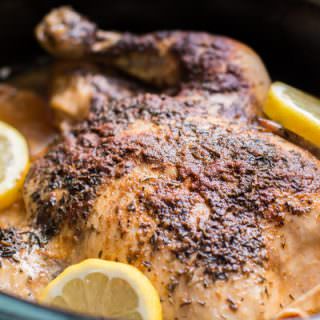 Welcome to The Magical Slow Cooker. I hope you find a few recipes to enjoy! 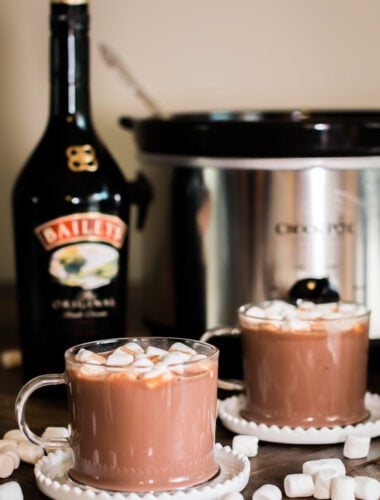 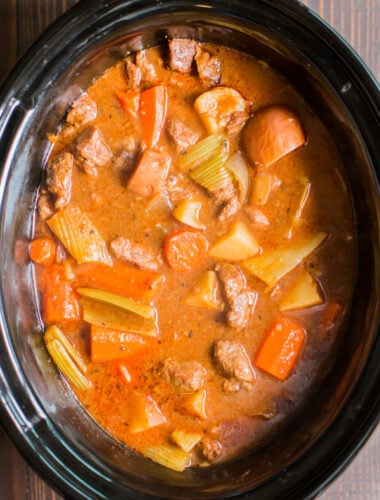 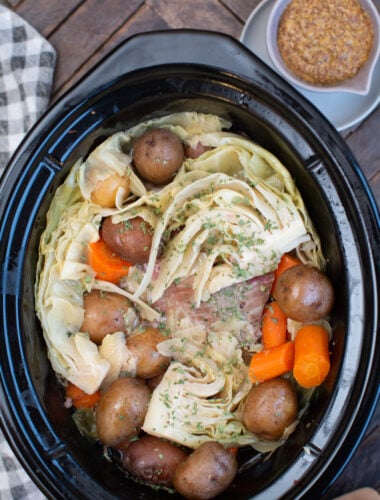 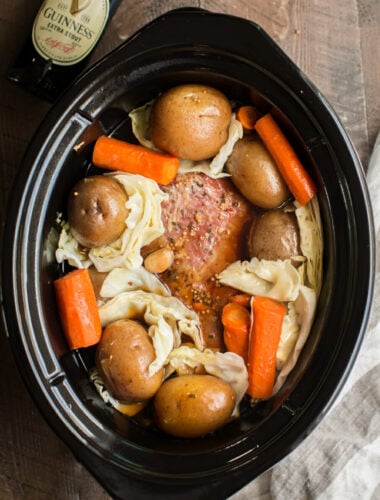 The Magical Slow Cooker is a participant in the Amazon Services LLC Associates Program, an affiliate advertising program designed to provide means for sites to earn advertising fees by advertising and linking to Amazon.com
5042shares