This Slow Cooker Bean and Bacon Soup will hit the spot! Tender beans and bacon slow-cooked to perfection.

I also have a pinto bean and bacon soup that is very similar to this recipe! You should try both and let me know what you think.

The recipe for Slow Cooker Bean and Bacon Soup is very similar to Bean and Ham Soup but with bacon. I thought for a second to leave out the ham hock; could there be too much pork flavor? Nope. I’m glad used a ham hock. It gave the soup a perfect smoky flavor.

I also decided to try fresh tomatoes instead of canned for this soup and those turned out better than canned. The soup has a little prep work like soaking the beans, frying bacon and chopping vegetables. But really not too bad for homemade comforting soup!

Here are my other favorite bean recipes: 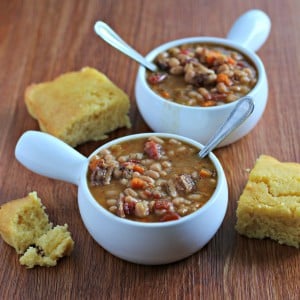 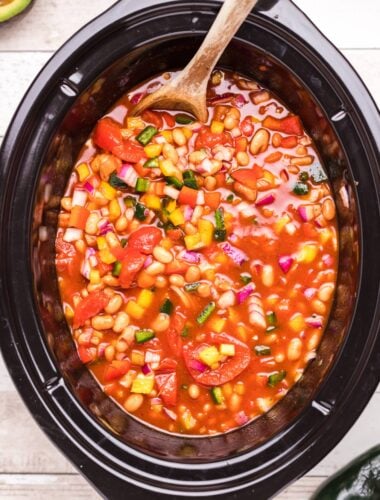 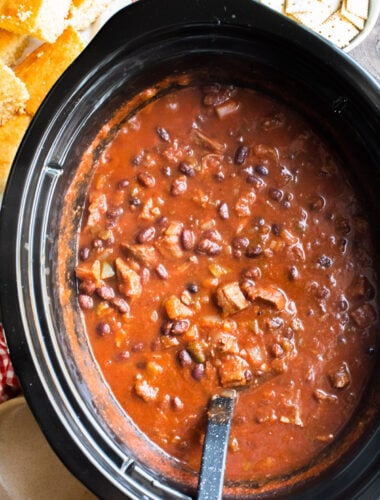 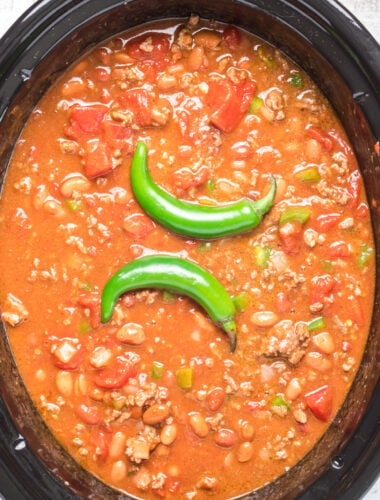 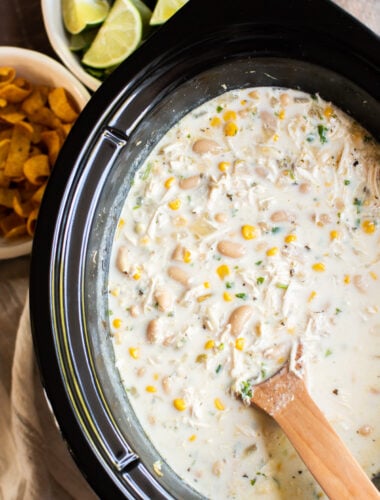 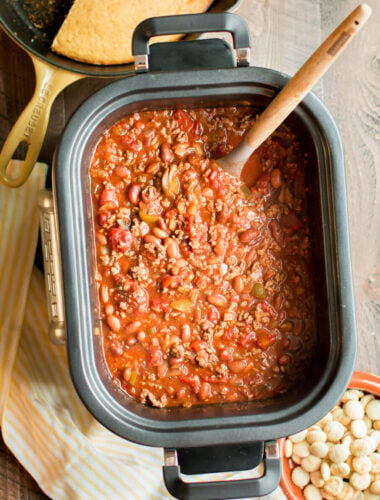