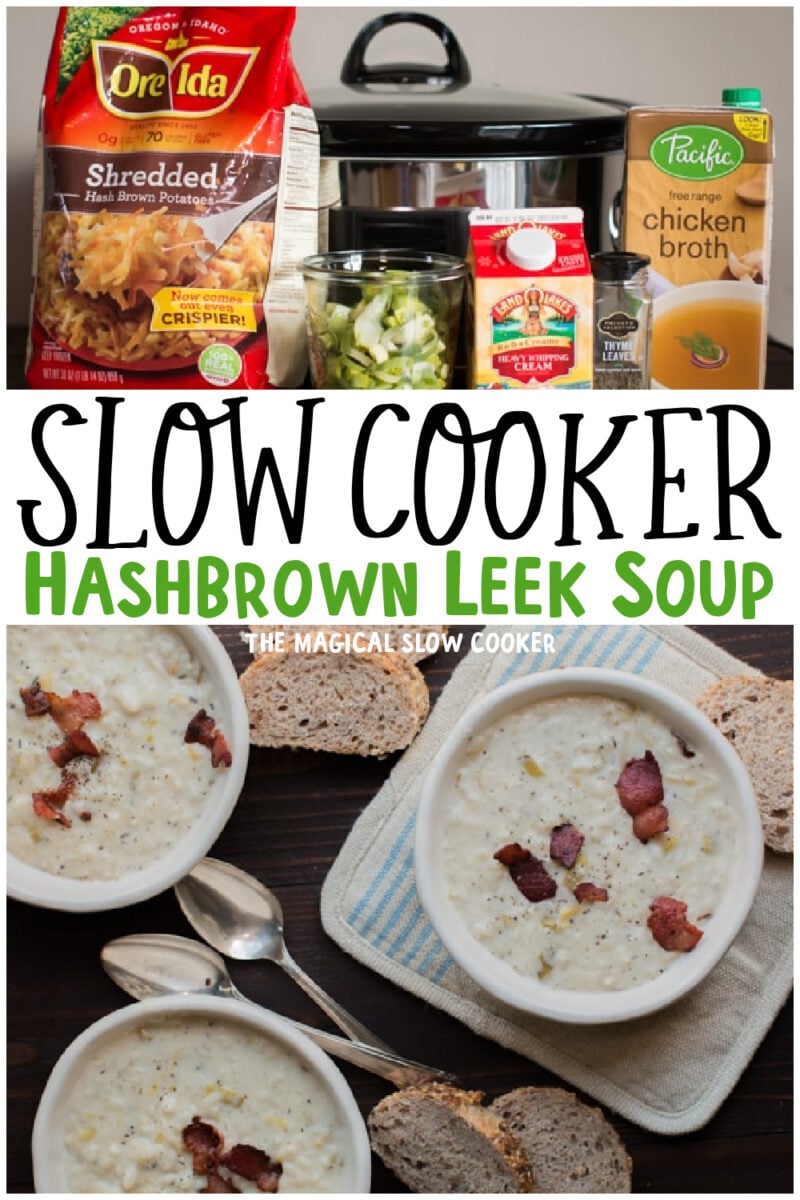 Slow Cooker Hash Brown Potato Leek is an effortless soup to make that turns out wonderful!

In the photo below I start with the frozen hash brown potatoes, cut leeks, garlic, thyme, salt, pepper, bay leaves and garlic. I also add chicken broth. Chicken broth is my favorite way to flavor meat-less soups, it adds more flavor than adding water. Make sure to rinse the leeks after cutting them, so much sand get trapped in the layers!

Below is what the soup looks like after cooking for 4 hours on high with cream added. I decided to add cooked bacon on top for a little crunch, so good!

This hash brown potato leek soup for my family is enough for a main course with French bread. The soup is even better heated up for lunch the next day.

I hope to add a few more soup recipes to the site before the warm weather hits, so stay tuned. Have a great week! 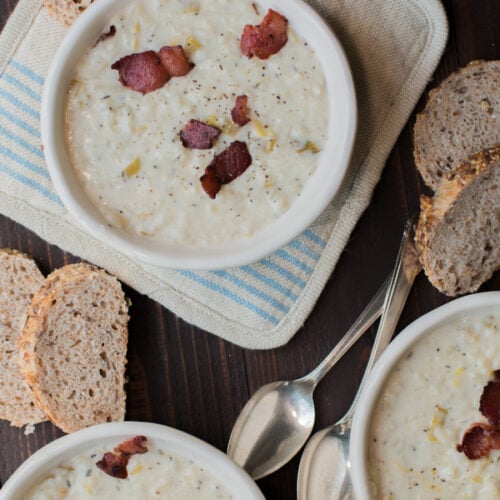