A rich and flavorful ham soup topped with airy dumplings. You will love this unique recipe for Ham Hocks and Dumplings.

My mom happened to stop by the day I made this soup, I often think she calls me in the morning to see what I’ve got cooking and plans her day accordingly. This recipe also had my mom’s approval too! She loved it, even went back for seconds.

This Ham Hocks and Dumplings recipe reminds me of southern cooking. The ham hock flavors the broth with its smokiness, and the dumplings were light and airy. I used Bisquick for my dumplings, I do know how to make homemade dumplings, but I wanted a semi-homemade fix for this. I suppose you could use canned biscuits for the dumplings, but for me, I enjoy Bisquick dumplings more, they taste more homemade. 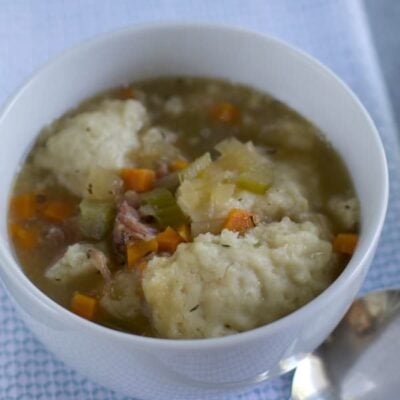 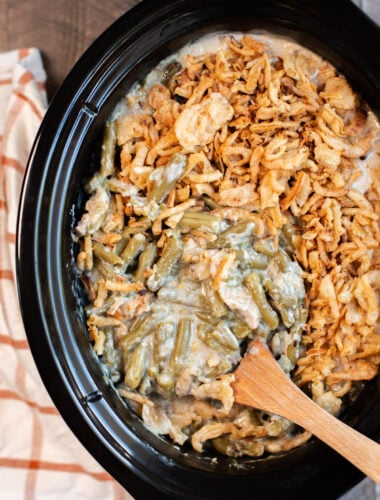